Dear Water Hikers from Hungary and from all over Europe!

You are welcome to the CANOE-KAYAK WATER-TOURING PARADE and fund-raiser organized by our Alliance seeking to help victims of the flood in Serbia (first of all those in Liso Polje settlement in the municipality of Ub). The event will be held on June 28th, 2014 in the Hungarian Szigetköz, in the Kisbodak and Mosonmagyarovar settlement.

The event itself is free of charge, but bring your own boats and equipment. We can help you with informations – on request – in finding accommodation, meals and hiring equipment (canoe).

Program (in Kisbodak): Meeting and boarding the vessels is at 10:00 A.M. on Saturday, June 28th, 2014. You could choose a shorter or a longer track for touring in the Kisbodak river branch system. Upon return to Kisbodak: conversation and fund-raising at the water-touring camp in Kisbodak (find informations, maps about the area at: www.szigetkoz-vizitura.hu) Donations will be handed out to the flood victims in an official procedure personally by the leaders of our Association.

Attention: everybody is taking part in the tour at their own responsibility! If needed, people having local knowledge will help in orientation.

After 2013 the year 2014 is again the year of floods in Europe. The floods that swept through the Balkans this time were maybe not event the flood of the century, but the flood of the millennium. Serbia was hit the hardest with immeasurable damages, hundreds of thousands suffered damages from the wave of flood flows. Whole towns are ruined, thousands of peoples suddenly became homeless.

The Danube Region Water Tourism Association considers its task to provide support, within its capabilities, to the neighboring “water sibling” country, Serbia.

Our Serbian friends from the International Scientific Forum “Danube – River of Cooperation” proposed as potential funding target the village of Liso Polje in the municipality Ub.

This village faces flooding regularly. But those regular and usual floods, don’t flood inhabited areas of the village. The latest flood was catastrophic, because not only that the two rivers, the Kolubara and the Tamnava, simultaneously overflowed their river beds, due to the unusually heavy and incessant rains lasting several days, but also the dams on the river Kolubara were broken through. The water suddenly flooded the whole village. There were no other possibility for escape but rescuing people from the roofs of their houses by helicopters. The livestock remaining in the stables all perished. After the water partly receded from the village, the veterinary service collected 36 tons of cattle corpses. This data is only for this one village, while on the territory of the whole municipality of Ub more than thousand heads of cattle, horses and pigs were drowned. There is not yet data about the devastation of poultry, but the loss is very high.

In the houses all the household equipment, furniture, agricultural machinery is ruined.

Now the cleaning and sanitizing of houses and stables is going on.

There were residents of the village who persisted in not leaving their native village even in this life-threatening conditions. They stayed in the attics of higher houses, and an older women stayed for two days on a plum tree, refusing to leave her native village. Unfortunately, one man lost life in this village.

Any help is welcome!

We would like to point out that you can help to all victims of the flood in many other ways: the helpline of the Hungarian Red Cross is 1359. 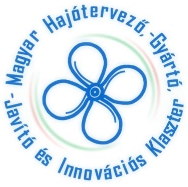